The female reproductive system is, somewhat simplified, constructed through the interplay of three elements: 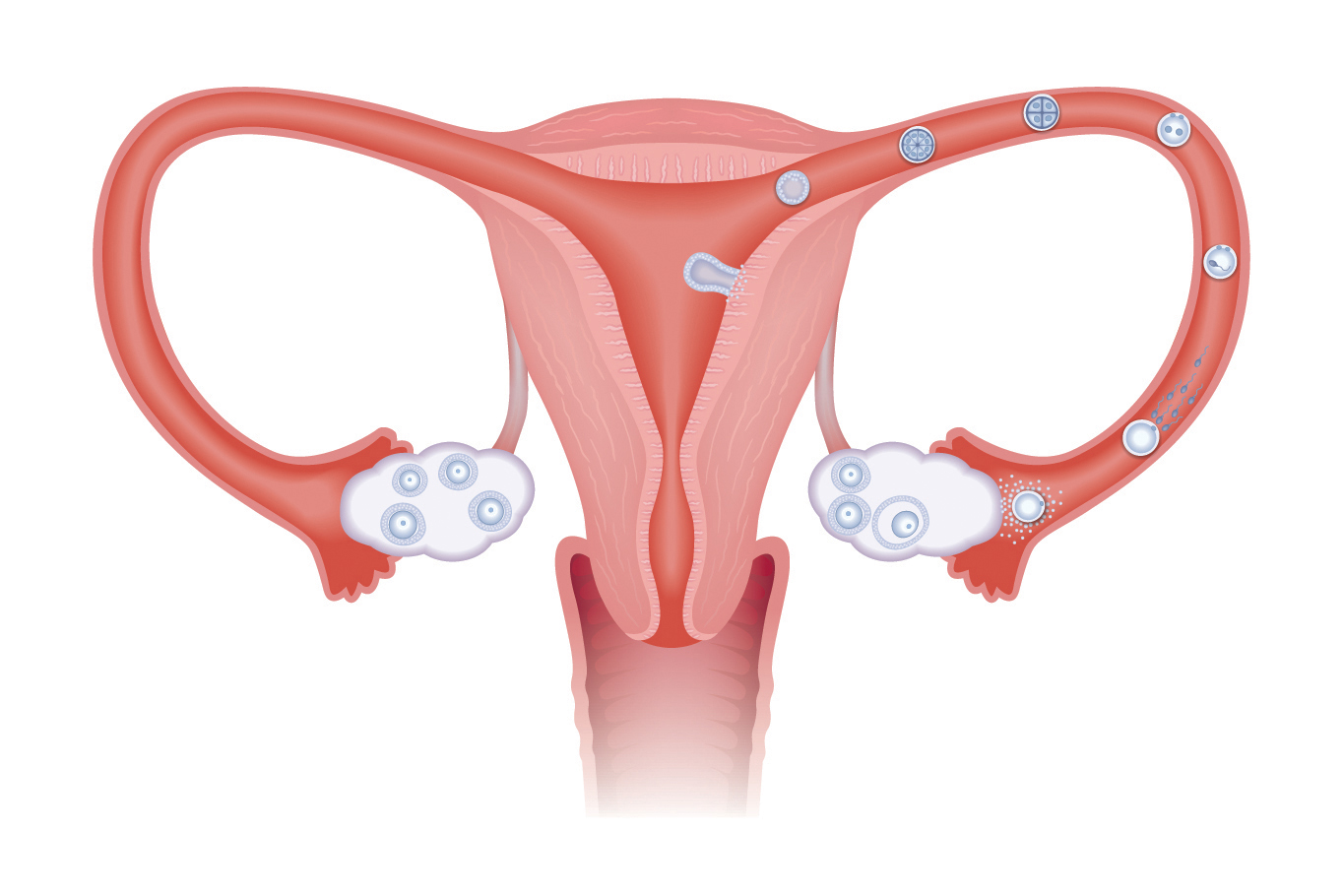 The interplay of the hormones and their influence on the fertility

In the ovaries the egg is matured and fully developed prior to the ovulation. The egg is caught by the uterine tube, which leads the egg to the uterus. If the egg is fertilised, it will ad to the endometrium in the uterus and develop further.

This process is steered by the hormones.

The individual hormones are briefly described:

GnRH-Gonadotropinreleasing hormone. GnRH causes release of FSH and LH in the pituitary gland.

FSH (follicle stimulating hormone) – is formed in the pituitary gland and stimulates the growth of the follicles, which mature the eggs.

LH-Luteinizing hormone – is formed in the pituitary gland and causes ovulation.

Prolactine is formed in the pituitary gland and is in interplay with the breasts and the ovaries. Prolactine causes growth of the mammary gland during pregnancy and stimulates the milk production after child birth. A too high level of prolactine can restrain the ovulation.

Estradiol is formed in the ovaries. During a menstrual cycle estradiol causes growth of the endometrium in uterus. A high level of estradiol in the middle of the cycle results in an increase of LH, which leads to ovulation.

During the menstruation progesterone together with estradiol prepare the endometrium in uterus to receive the fertilized eggs. During a pregnancy, progesterone restrains the contractions of the uterus.

Androgens are formed in the ovaries and stimulate growth of the hair and the sexual instinct. An overproduction of androgens restrains ovulation.

HCG (human chorion gonadotropin) is formed in the placenta and prevents that the follicles are destroyed during pregnancy. We analyse this hormone to find out if you are pregnant.

During the menstruation the ovaries contain several small follicles, each of them containing an egg. The pituitary gland releases the hormone FSH, which leads to development of one single follicle to be approx. 20 mm in size. When the follicle is mature, the ovulating hormone LH is released.

The hormones are interdependent, and for some hormone the rule is that an increase in one hormone results in a decrease in another.

Here you can read more about:

The female causes of infertility

We have an emergency phone 24 hours a day